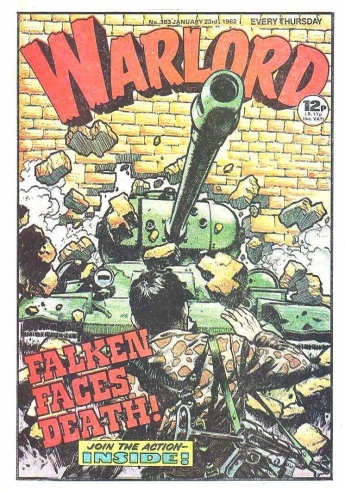 I was born in 1970 and I loved the Second World War. In 2018, the UK has largely shaken off its obsession with World War 2, arguably the last ‘good’ war in which the country has taken part, but it’s fair to say that my childhood was dominated by a conflict that left the UK without its Empire, in horrendous levels of debt to the US, in need of national re-building and yet somehow one whose result could reasonably be seen as a ‘victory’. Perhaps because of that strange dichotomy between patriotic satisfaction at a job well done and the real geopolitical and economic consequences of that endeavour, UK pop culture was positively saturated with World War 2. Airfix models of planes, tanks and soldiers; TV shows like Dad’s Army, Colditz and Secret Army (and latterly its far more successful parody ‘Allo, ‘Allo); the novels of Alastair MacLean and Sven Hassel; Biggles; comics like Commando and Battle Picture Library: as a boy growing up in the 70s, it was impossible to escape the war. And that’s not including the personal reminiscences of my grandparents (my dad’s father, not fit enough to fight on the frontlines, nevertheless helped man an AA battery on the North West coast of England that one night downed a Junkers 88 bomber on its way to bomb Liverpool) or the various documentaries about the war which regularly appeared on our black and white (and eventually colour) TV screens.

END_OF_DOCUMENT_TOKEN_TO_BE_REPLACED

Carlos Ezquerra died of lung cancer today at the age of 70.

He was best known as the co-creator of Judge Dredd for 2000AD and Strontium Dog for Starlord until the comic was merged with 2000AD in 1978. His art has graced a variety of comics. As well as his work in 2000AD, he has drawn strips for IPC’s war titles and has provided art for a number of collaborations with Garth Ennis including Bloody Mary and Battlefields.

His stuff is really really good. It is gritty, detailed and generally defined by a sense of muscular physical action invariably involving grim, brooding heroes. Or anti-heroes as the case may be.

His work was an integral part of my childhood. The word ‘legend’ is bandied about far too readily these days, but I think, in this case, it’s entirely deserved. Here’s why…